George Floyd is NOT a Hero

All Black Lives Matter, so does All Lives. The mob didn’t agree, so Jennifer Lopez took down this post.

The Equalizer with Denzel Washington: “You got a choice”

All black lives matter but not BLM Inc.

It might be cliché to say that All black lives matter, but it’s true. What is not true is that BLM Inc. matters. They don’t. It is important to make this distinction. Black Lives Matter Inc is a scam. They pocketed millions from “Black Lives Matter”.

We posted our original discoveries about the organisation on 1st July 2020. But because “low information voters” ushered in the “Harris/Biden Administration“, it was necessary to repost it again.

Let’s be clear, we don’t believe that Joe Biden is at the helm of this disconnected administration. We already told you on 3rd August 2020 in “The Curious Mind of Joe Biden“. We believe he has Alzheimers. This is a more serious form of dementia. This disease will get progressively worse.

The “State” media, CNN is doing an exceptional job covering it up. Judging by the recent TownHall questions. Biden was thrown softballs by Anderson Cooper. Biden forgot he received the vaccine in December 2020! This coupled with the fact, he sometimes doesn’t know where he is. This is just one example.

All black lives matter but NOT Black Lives Matter the organisation

BLM Inc. condoned the looting, rioting and burning down of communities. They even sanctioned the murders of David Dorn and Patrick Underwood, with their complicit silence. They allowed these things to happen to good people. There were no protests in their names.

All black lives matter but not to Main Stream Media

BLM Inc. used main stream media to promote their message. In particular CNN’s Don Lemon and Chris Cuomo. Cuomo stated on air that the ‘organisation IS the people’ when addressing President Trump’s remark that the BLM Inc was a ‘symbol of hate’. The people protesting and BLM Inc. are interchangeable according to Cuomo. There was no distinction. Thus, the protesters are all Marxists by Cuomo’s own definition.

Why Black Lives Matter is a scam

BLM Inc was built on a lie. “Hands up don’t shoot‘ never happened in Ferguson. We believe social justice movements are important. However, BLM Inc is an extremist organisation whose sole purpose is the overthrow of the United States Government. They accomplish this from within. This is evidenced by their chants, social media postings and propaganda. Whether marches have been individually organised, they are publicly recognised under the BLM umbrella. BLM calls to “defund” (abolish) the police. They want to dismantle the nuclear family structure. They voice their distain for Israel. Demand “reparations” for slavery. This goes beyond screaming about the “evils” of white cops.

Anyone associated with this organisation are not “social justice warriors”. They are not actually fighting for any relevant social changes. Like the feminists and voting rights or marriage equality for gays. They don’t want to defund the police. They want to abolish the police. People need to wake up and take note.

Another key point. They expect a handout for being a ‘bench warmer’ to history. You heard of “Reparations”. But here we are wondering why so many U.S. born citizens can’t get a grip on reality. Anyone can succeed if you work smart and put in the time. Those calling for reparations are looking for ways to fleece the system and “easy money”.

The social welfare system was supposed to be a temporary solution. But some unscrupulous people have learned how to pocket extra funds. When an organisation or individual is MORE interested in fund raising. And don’t put in actual work for the communities they purport to help. it’s time to question that organisation. When MILLIONS of dollars are raised. But NONE of it filters down to the communities. ASK QUESTIONS. BLM Inc has yet to pump any monies they raised back into the black and brown communities. Eight years of fund raising. ZERO dollars contributed.

According to their website, “The BLM Survival Fund has met its goal of providing direct support to nearly 3,000 Black people and their families, and we will be closing applications until further notice”. It was widely reported that BLM Inc. would divide $3 million (or $1000) to 3000 “families” starting in February 2021, due to Covid-19. However, that is less than 4% of revenues they raised. Furthermore, they stated, “In the words of the Black Panther Party, this is about ‘Survival Pending Revolution”. Revolution usually means a dismantling of an existing system. If you value your liberties, now is NOT the time to be complacent.

Dr. Martin Luther King Jr. is often misquoted. Mostly by those who want to use the internet for ‘searchable’ quotes for their own gain. In 2020, the most misused quote was “riot is the language of the unheard“. It had been played like a broken record. As evidenced by the looting, riots and violence by “protesters”. Then you have main stream media “loud mouths” like CNN’s Don Lemon. He said that he wasn’t ‘judging’. And with his complicit silence, he looked on whilst American businesses and communities were destroyed.

Dr. King understood the nature of violence. But he never condoned it. He stated that he would ‘never change’ his ‘basic idea that non-violence is the most potent weapon available for the struggle for freedom and justice’. He further believed ‘to turn to violence would be both impractical and immoral’.

“I will agree that there is a group in the Negro community advocating violence now. I happen to feel that this group represents a numerical minority. Surveys have revealed this. The vast majority of Negroes still feel that the best way to deal with the dilemma that we face in this country is through non-violent resistance, and I don’t think this vocal group will be able to make a real dent in the Negro community in terms of swaying 22 million Negroes to this particular point of view.

And I contend that the cry of “black power” is, at bottom, a reaction to the reluctance of white power to make the kind of changes necessary to make justice a reality for the Negro. I think that we’ve got to see that a riot is the language of the unheard. And, what is it that America has failed to hear? It has failed to hear that the economic plight of the Negro poor has worsened over the last few years”.

Joe Biden ‘cognitively gone’ and the U.S. celebrates a Criminal 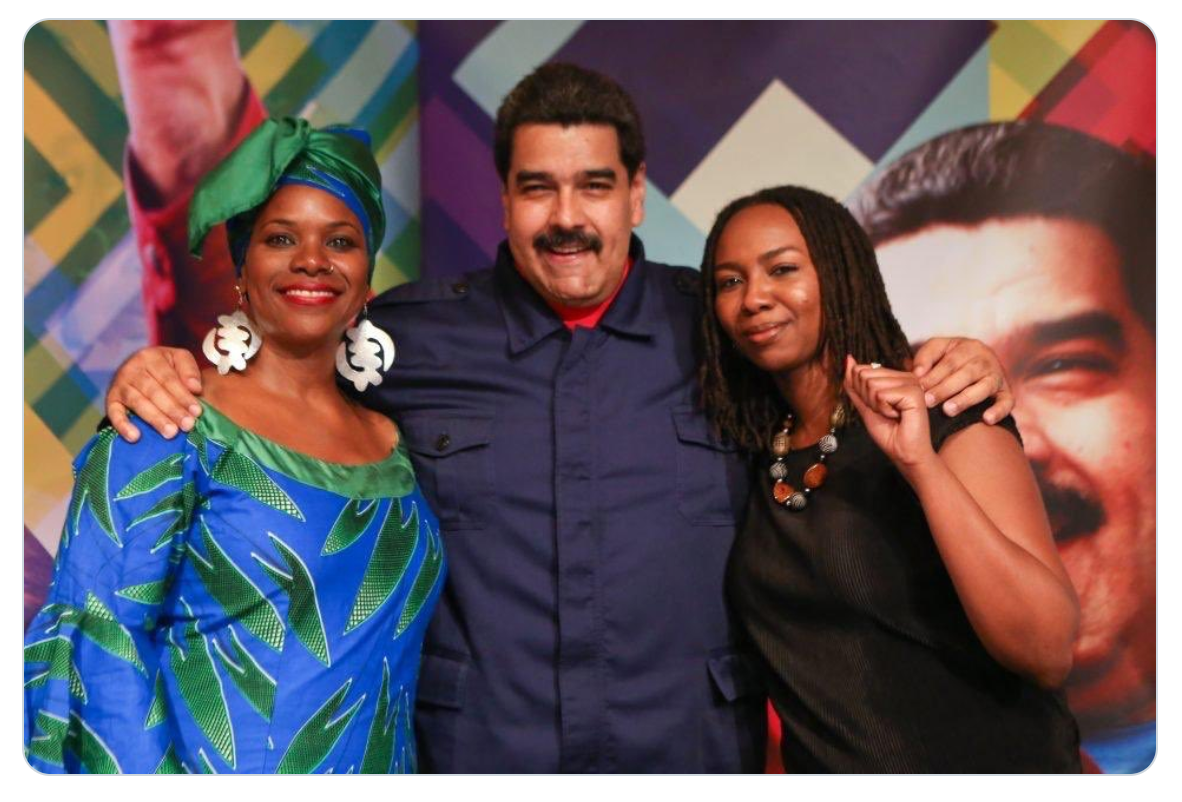 BLM Inc is not a nonprofit. It has a complicated money scheme with all donations going through ACTBlue, then funnelled to Thousand Currents with only a small portion of the donations that are returned back to BLM Inc.… 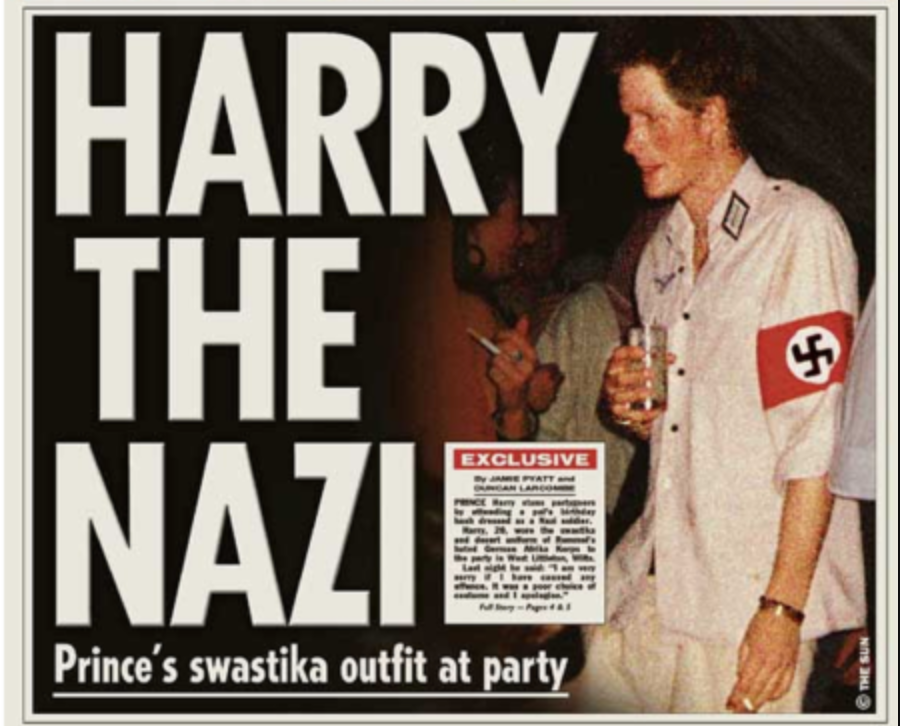 The media missed a big news story in 2020, whilst fawning over Meghan Markle! They claimed Markle gave a “commencement speech” to her alma mater. It was FAKE news! Whilst all this was going on, the media completely ignored the social media posts about the racism at the school.…