Meghan Markle Confidential – The most requested blog submission of 2018

Meghan Markle Confidential | Monday, 26th September. Markle news is going gang busters announcing that the pair were “demoted” from the Royal Family website. Here’s the problem, on 9th September 2022, ALL activities from Meghan Markle’s charities and patronages section were REMOVED. But since the demotion, they were ALL added back. Why? That’s not a demotion. “Something is rotten in the state of Denmark”. Read more

The Meghan Markle Confidential is a blog with a few objectives.

Firstly, we want to keep Bogart in the public space. As you will recall, he was the dog that Meghan Markle ditched to become Princess Diana 2.0. Markle was woefully under qualified to fill the shoes of such an icon. Markle was no humanitarian either. In 2018, The Minx Report detailed Markle’s very short “charity” CV as a PR spokesperson.

Secondly, we are not fans of Meghan Markle because she is not an authentic person. Despite the ‘cult-like’ praise she generates among her followers and ‘fangirl’ media, she is not nice. Markle probably thought her marriage would be a “Princess” Hallmark movie. She bombed in two roles for the channel. She used her titles for commercial gain whilst whinging about her “Royal life”. Then the fake racism claims? The “fangirl” media has to get a clue.

Thirdly, Prince Harry has been missing in action since marrying Markle. Whilst he had issues (mental trauma), he was such a relatable chap. Now, that’s all changed, according to the royal reporters who knew him best. However, in our opinion, based on corroborated evidence, Harry it seemed was a ‘willing’ participant in this car wreck. Give up your titles, Sheila!

In conclusion, we wouldn’t be spending time on this, if not for our readership. Just to reiterate that this was the most requested blog in 2018. It goes to show that people hate hypocrisy.

Thankless Meghan bends the truth at One Young World

Revisionist history once again, Meghan? Here is how she really got the gig at One Young World. It started in 2014 with Gina Nelthorpe-Cowne. Markle can’t stop ‘revising’ her history, and ‘whoppers’ padding to her lacklustre CV. Read more on our Royally Stripped report and note all the ODD Wikipedia entries too.

Harry fails to promote his “talentless” wife…yet again. Read our detailed analysis on their BBC Interview ‘car wreck’ that exposed the them early on.

Meghan Markle can make herself cry

Markle: Oh I can do that so well! Oh my God it’s crazy! You’re like Meghan one tear left eye go (slaps hands) Give me three seconds (raises hands).

Plus, Jeremy Clarkson had to apologise for his “Games of Throne” imagery. He hates Meghan on a “cellular level“.

Meghan Markle should never have been appointed Patron of Mayhew, an animal welfare charity where they rehome dogs. Her ‘adoption’ of Mamma Mia was a ploy. No critical thinker believes she truly wanted to save the Beagle. It was another publicity stunt done for press coverage, just like when she said Ellen DeGeneres told her to adopt Bogart. Recollections may really vary because DeGeneres never remembered that conversation. Why???

Is Meghan Markle a ‘narcissistic sociopath’?

Gabrielle Bourne Media weren’t the only skeptics when it came to Meghan Markle’s Archetypes hitting number 1 on the Spotify podcast chart. On 27th August, we recorded Archetype’s FIRST EPISODE on the UK chart holding number 5 position (down) and the US chart holding number 11 position (down). What gives Spotify? We also weren’t the ONLY ONES complaining either. It looks like ‘people all over the world’ (not just women) were complaining too!

The Duke & Duchess of Woke (or Woe)

Establishing the Premise, Criticism and Racism

CRITICISM is not the same as RACISM. “We don’t like Meghan Markle because she is a hypocrite” is not a racist statement because it has nothing to do with her ethnicity or gender. As an example, “Markle is a hypocrite because she lectures people on carbon footprint whilst trouncing around in private jets”. This is a premise. Other examples include that “Markle is a liar because she claims she didn’t know anything about the Royal Family”. BUT she lived in Toronto for seven seasons of Suits. Guess who is on the money in Canada? Canada is also a Commonwealth Nation. This is a premise backed up with the receipts. So, don’t get it twisted because you are a Markle Sycophant. We don’t care. ~ GBM

Cashing in on their Kids?

The Lies And Scandals Behind Archie The Royal Baby

Some of the ‘biggest moralists’ are actually ‘the biggest bullies’

The problem with these ex-royals is they have yet to provide evidence to their claims. But Meghan Markle admitted she was a bully ‘back in the day’ and we have the receipt. ‘It was around that time when she started having family problems and became a bully’. “Life was hard back then and I made some bad decisions”. “You’ve got to learn from your mistakes” Meghan said in an exclusive interview. “Back in my early days I thought I was fabulous and I could say and do whatever I wanted, but as I got older I wanted to change so I did” Apparently not. Markle is accused of bullying. You see, it’s hard to change who you really are. Eventually, the truth will come out. Let’s not forget Prince Harry’s “Paki slur” or dressing up as a Nazi and dancing with ‘blackface’.

Meghan Markle has accused the Royal Family of “perpetuating falsehoods” in a new trailer promoting the tell-all exclusive interview with Oprah Winfrey. This comes after Buckingham Palace announced it would investigate claims the Duchess of Sussex bullied members of staff – allegations she denies.

Interesting but Not Confirmed

Meghan Markle explains why she left the Monarchy

Is Meghan Markle a pathological liar?

Meghan Markle is the racist

I used to run a fan account, here’s receipts

I was a hardcore Meghan fan for 3 solid years and TRIED to push away these feelings but clearly couldn’t! The “hate” comments just come from blindly obsessed fans who think she’s mother Theresa.

Times journalist Valentine Low, who broke the story concerning allegations of bullying made by former palace staff against the Duchess of Sussex, has explained why he believes he was approached now about the claims.

If Archewell Inc is a “reputable” charity, then they will make their form 990 available to the public. This filing will provide insight to their finances, governance and overall activities. They can file the short version 990-EZ if they have less than $200K in gross receipts and less than $500K in assets. This form is filed annually and is usually posted on the charity’s website; however, the public can also request this information from the charity. 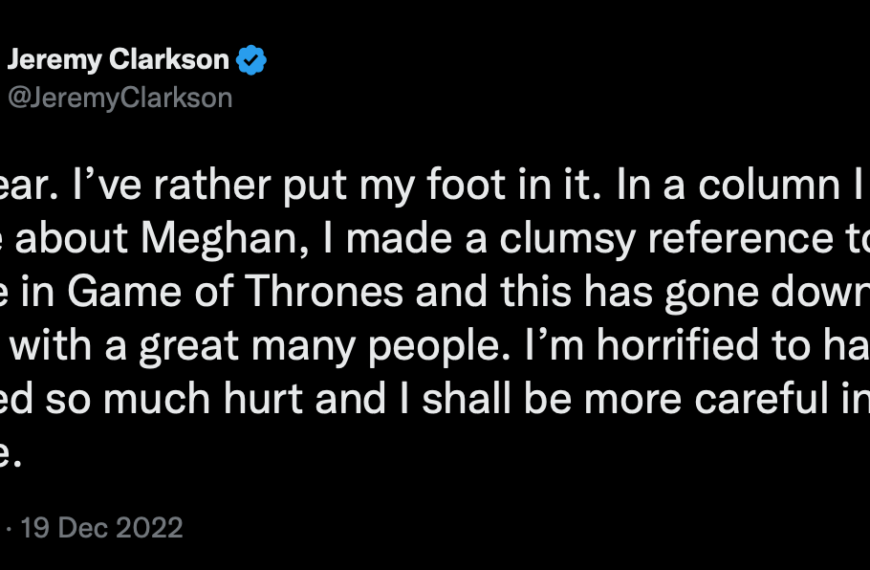 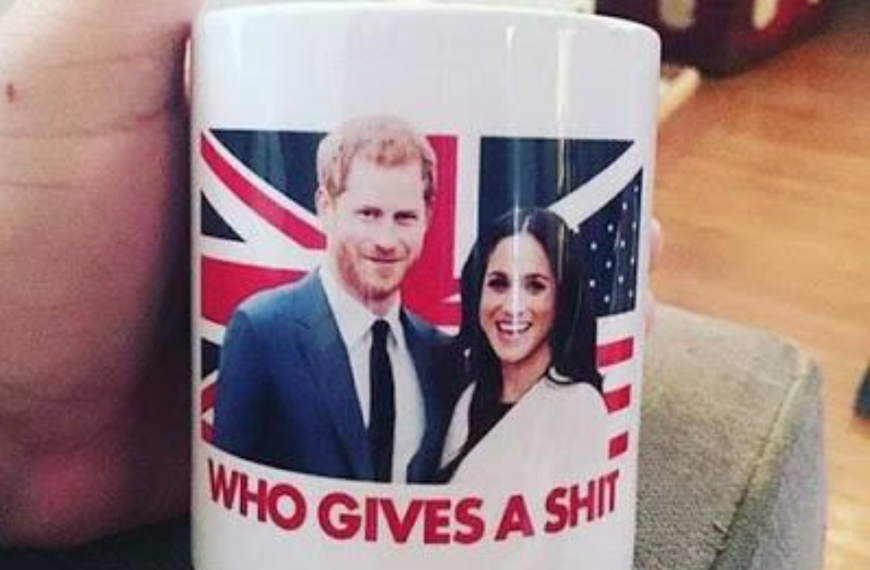 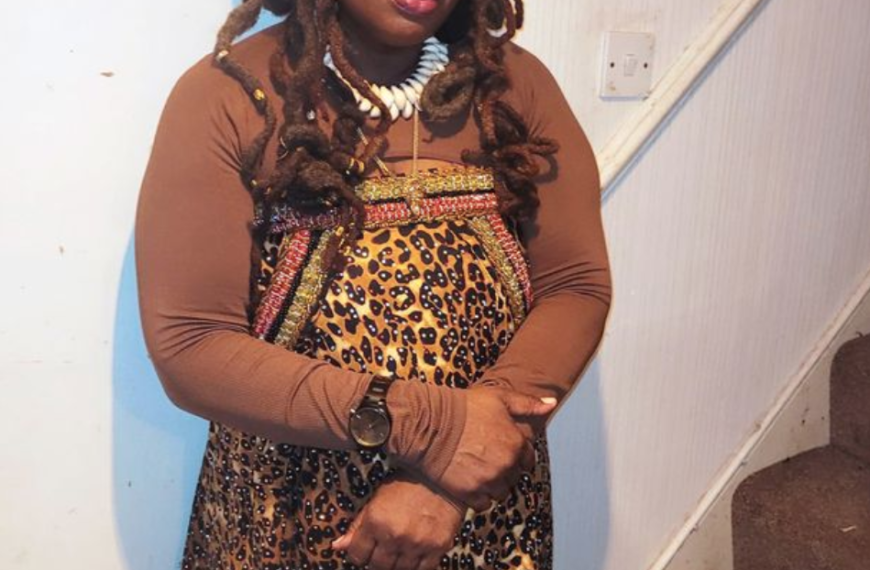 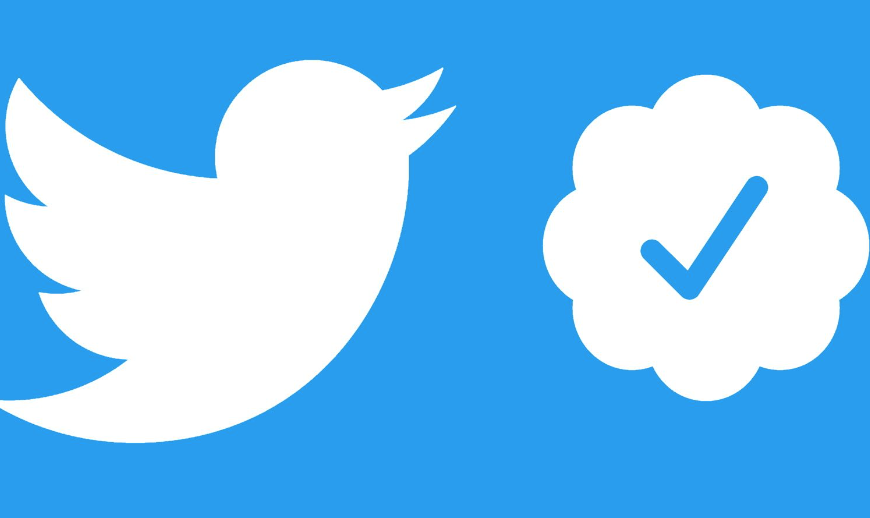 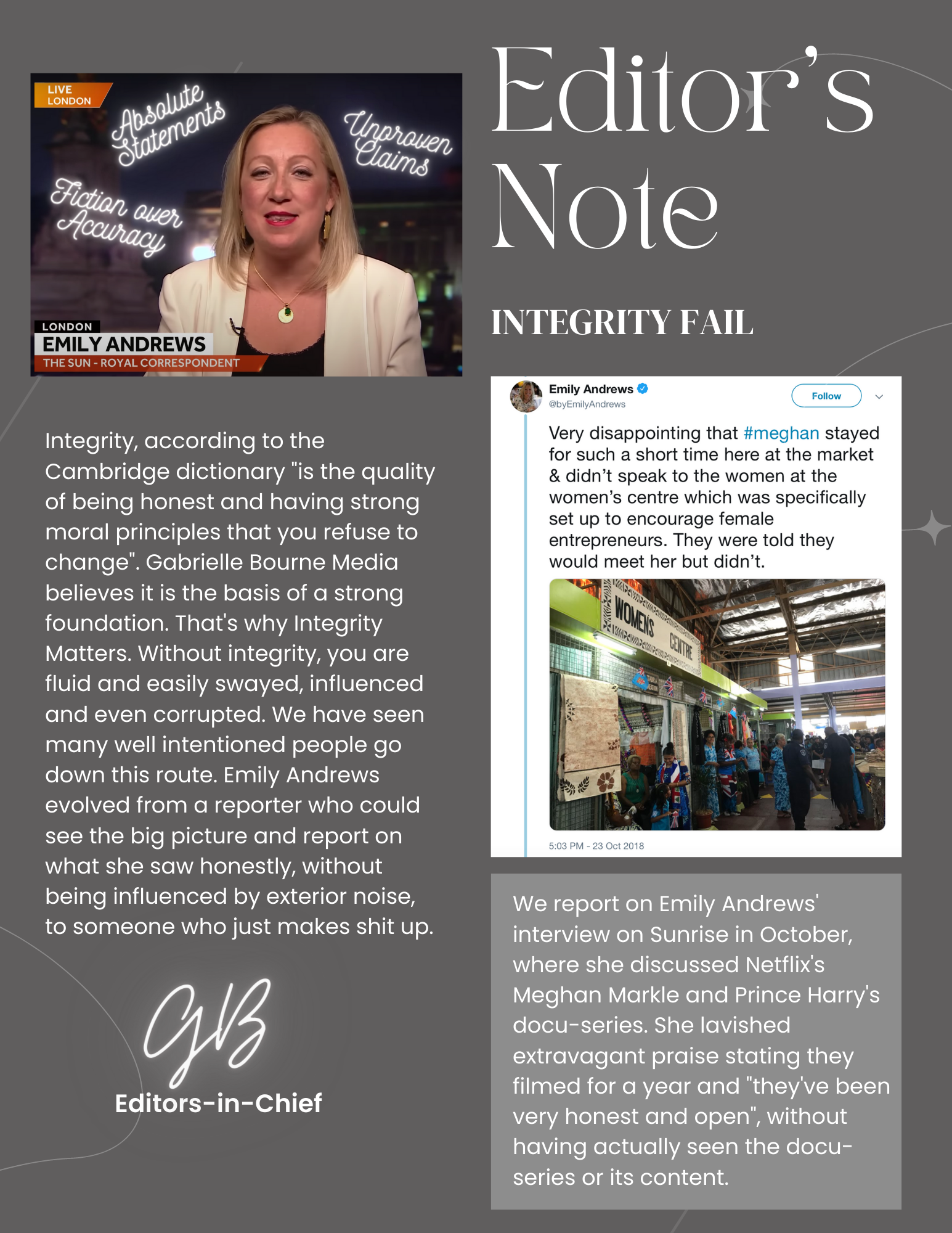