Society is on the precipice of intellectual decay. Our demise is helped along by media bias and culture wars.

TEAM Australia hit a snag with Fox News USA when they disagreed with one of their guests. After amassing almost 20 likes on the comment, Fox News decided to delete it. That’s probably because likes and follows must really, really, really matter to Fox News and our comment was tracking too much for their censorship Czars. They promote themselves ad nauseam at the end of every video to like and subscribe.

Gabrielle Bourne Media can only surmise that since this “Gary” fellow is a “friend” of the channel, any dissent is seen as anti-Gary. Apparently Gary works in the financial sector, but obviously not interested in providing solutions for hard working Americans, albeit Fox News promoted his financial company on air.

This Gary is WRONG, of course, “Savings Rates” haven’t all of sudden plunged. Americans have been struggling since the Covid lock downs to save enough. Additionally due to US Feds raising interest rates, the online bank “Savings Rates” have been going up, WAY UP to 3% or MORE. Fox News didn’t want to read any of this. No. They want to keep the viewers stupid and uninformed, so they could control the narrative.

TEAM Australia referenced bank rate to check for online savings accounts that paid out these high “Savings Rates”. The comment below is the second comment left for this particular video. We are no longer posting Fox News videos on all our media. However, we will continue to support Tucker Carlson and Tulsi Gabbard.

“Fiat currency” or “Fiat Money” is tied to nothing. In 1971, President “dumb dumb” Nixon decided, “Hey, let’s remove gold out of the equation”. So, if the US currency ever collapses due to hyperinflation, blame Nixon and Biden who’s printing money like crazy to send to Ukraine and maybe for Climate Reparations. But who the f*ck cares because if you don’t rely on paper currency, like we do, you have nothing to worry about.

Joy Reid and her dirty tricks, ‘gaslighting’ again. She thinks viewers are stupid. But the Panel pushes back…hard.

Media bias and Culture Wars are as real as apple pie. Politico should be pointing fingers at themselves. The media con-man show continues. No wonder these losers support Meghan Markle, who is guilty of manipulating the public. They keep playing the three-card monte trick because they think the public is that stupid. Image credit: Fox News

Don Lemon ‘squeezed’ out of primetime slot, moving to mornings.

CNN’s own Don Lemon and Chris Cuomo have helped push dangerous and false narratives. One only has to review their Black Lives Matter (BLM) coverages as evidence. Both Lemon and Cuomo may not have lighted the match, but their rhetoric fuelled the flame.

Lemon said, ‘He wasn’t judging this’. He even equated the riots and looting to the Boston Tea Party of 1773. Lemon doesn’t know history. The Sons of Liberty targeted the East India Company. They didn’t go around Boston looting and burning down their communities. Cuomo, who has a law degree had the audacity to ask, “Please, show me where it says protesters are supposed to be polite and peaceful?” He then got “schooled” on the U.S. Constitution by a guy munching on noodles!

It is more BILE than BIAS…

You can’t fix STUPID – Ali Velshi is dumb as PUCK

When the Media Lies – No covering this up

“Freedom of the press doesn’t mean they believe integrity matters. Sycophantic media destroys objectivity and trust”. Prince Harry and Meghan Markle were booed at St. Paul’s Cathedral. Yet, this premise became a three-card monte trick by the sycophant media outlets.

Marie Claire, ET Canada, Newsweek, Hello and OK magazine used false headlines to sway public opinion. Whilst People took a neutral approach to their headline, they still contradicted the truth in their article. On the other hand, the Mirror acknowledged the booing, but claimed they were ‘lone’ boos. Once again, the PR spin redundant were hard at work trying to force a square object into a round hole.

Since GBM uses ‘corroborating’ evidence, this video will show two things. Firstly, the booing (and not lone booing) and; secondly, an ‘eye witness’ account by a Meghan Markle fan. It goes to prove that no matter how hard the ‘fangirl’ media tried to ‘mask’ the truth, the truth and integrity wins at the end. GBM

freedom of speech is specifically about

1:08:05 things we disagree with uh otherwise you wouldn’t need freedom of speech if everybody felt the same way and so is it

1:08:25 okay you get into what would be called forbidden speech and there’s misinformation that’s just an error

1:08:38 malinformation do you know that one Megyn have you heard that one? I haven’t heard now information is

1:08:49 government that’s called malinformation and so you know we’ve been here before. I

1:09:01 first time that a culture is facing totalitarian behaviours uh by government

1:09:08 you could blame it on Trump you can blame it on Biden or Clinton anybody you want but ultimately the federal government is so powerful at the moment

1:09:16 that it can control information with complete impunity which is going on right now

The Rise of Citizen Journalists

The Washington Post has been ‘caught out’ by its lies

Brandon Tatum: The U.S. is not Systemically Racist

Say his name: The murder of Mohammad Anwar

Media Bias and Culture Wars: The tale of two headlines

Is CNN playing a shell game? This link should have gone to the video, but it didn’t. It went to CNN.COM instead “https://www.cnn.com/videos/world/2021/03/25/harry-meghan-sussex-oprah-interview-inconsistencies-foster-dnt-intl-ldn-vpx.cnn” We captured the search results description, but we had to pull the link’s landing page from the web archive. The video clip is searchable on Youtube. That is where we found it. You can view by linking over to the Meghan Markle Oprah Winfrey report. The video is at the bottom of the report along with other analysis of the inconsistencies.

Here is a “hit” piece by CNN Business on the supposed ‘demise’ of Parler. CNN is anything but ‘fair and balanced’ yet lecturing people on the ‘evils’ of Parler. Why is Parler any more rife with ‘misinformation’ than Twitter, Facebook or even Don Lemon? The byline continued, “The platform has become a hub of Trump-backed conspiracy theories casting doubt on the election of President-elect Biden”. They only have to look at Nancy Pelosi’s tweet for conspiracy theories casting doubt on the Presidential election in 2016! Shameful that CNN would allow such rubbish! Where is the truth in lies? No points for double standards!

This CNN Business byline believed ‘racism’ is solely attributed to ‘white conservatives’ on Parler. It’s a ridiculous assertion when Black Lives Matter (BLM) proved that they are just as capable of racism and antisemitism. Could it be that CNN are BLM antisemitic deniers? Of course one could argue that. Just look at CNN’s ‘inaction’ to the violence that BLM perpetrated in the name of justice.

There are reports and even In Their Own Words as evidence of their vile hatred for Israel, but CNN continues to neglect the truth. Because this type of coverage goes against their media bias. They rather have a culture war than unify and also admit to their incompetence. CNN continued to call riots and mayhem ‘peaceful protests‘ despite evidence to the contrary.

The Media Makes you Hate?

Deceit – A TLDR visual of “Color, Communism and Common Sense” (Manning Johnson, 1958) Page 53: “The MEDIA of public information is far from free of COMMUNISTS and fellow travellers who operate under the guise of “liberalism”. They are ready, at all times to do an effective smear job. Among the red tools may be found editorial writers, columnists, news commentators and analysts in the press, radio and television. They go overboard and give top news coverage to racial incidents for minted by the leftists and those incidents that are interpreted, so as to show BIASED, attitudes of whites against Negros“. 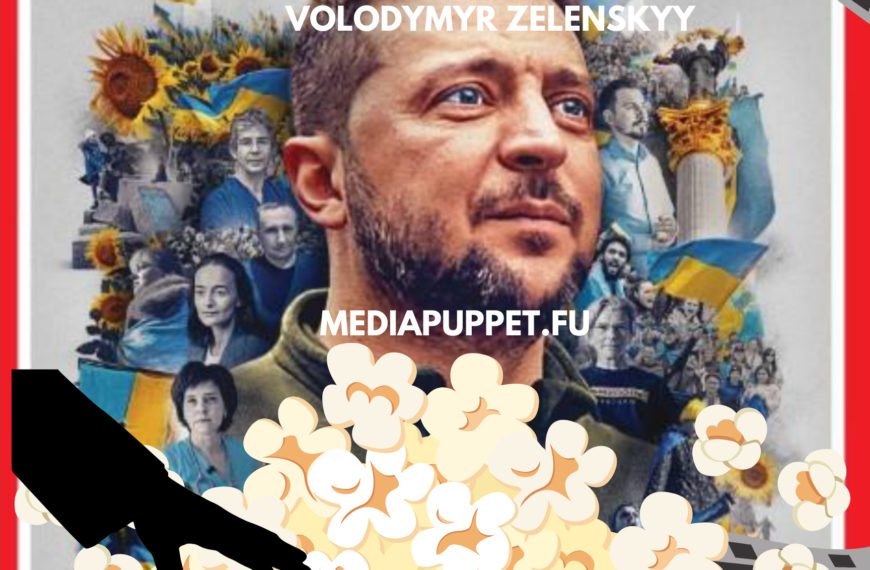 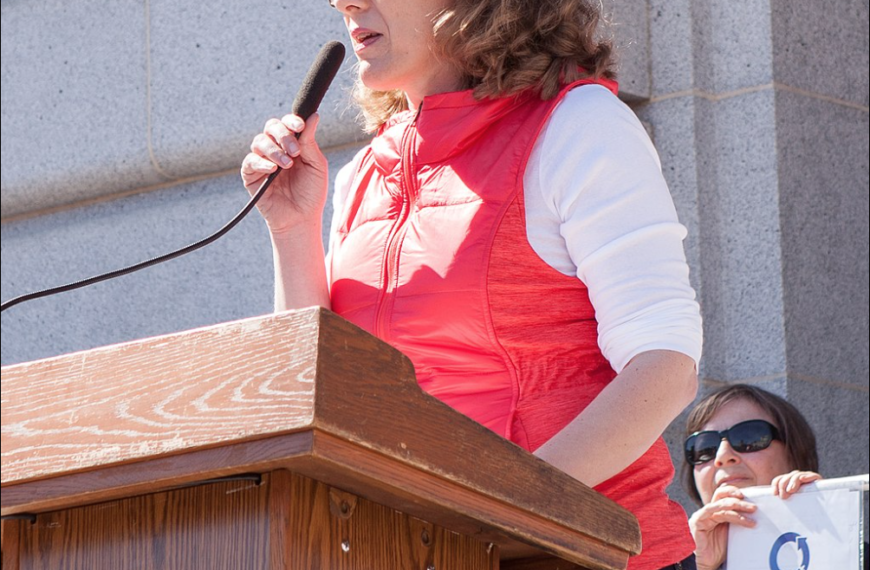 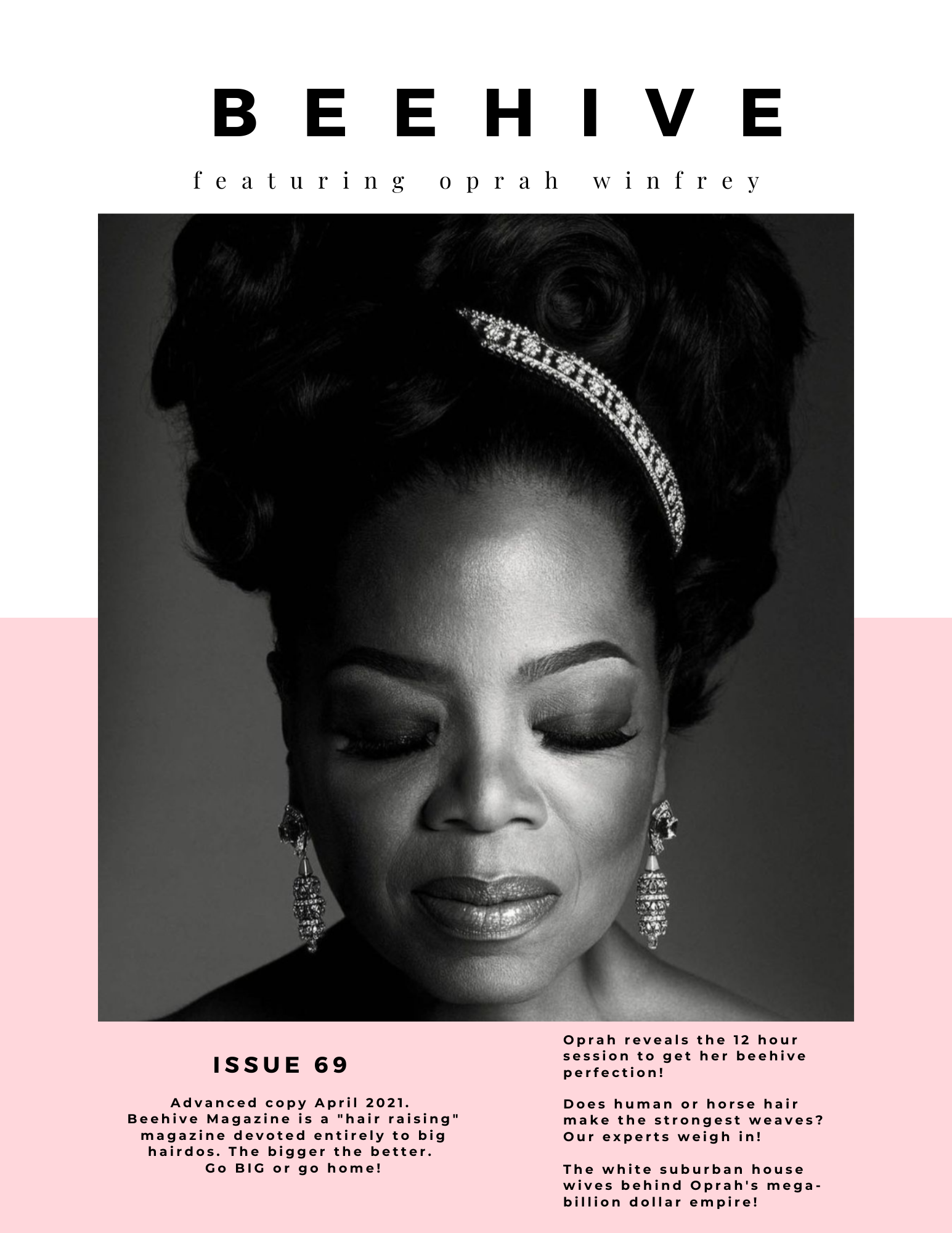 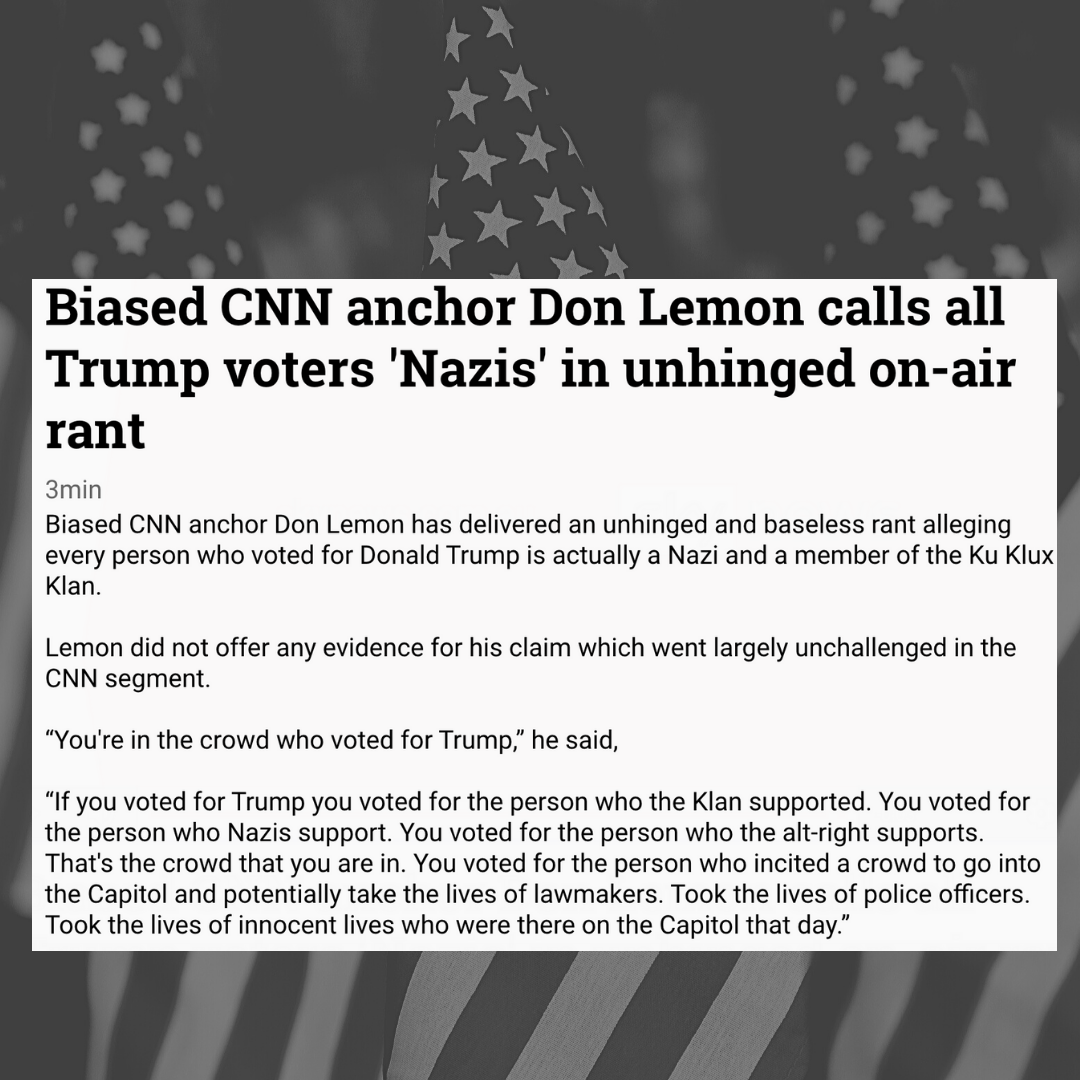 Biased and Unhinged Don Lemon was biased and unhinged when he called out Donald Trump voters. Lemon is nothing more… 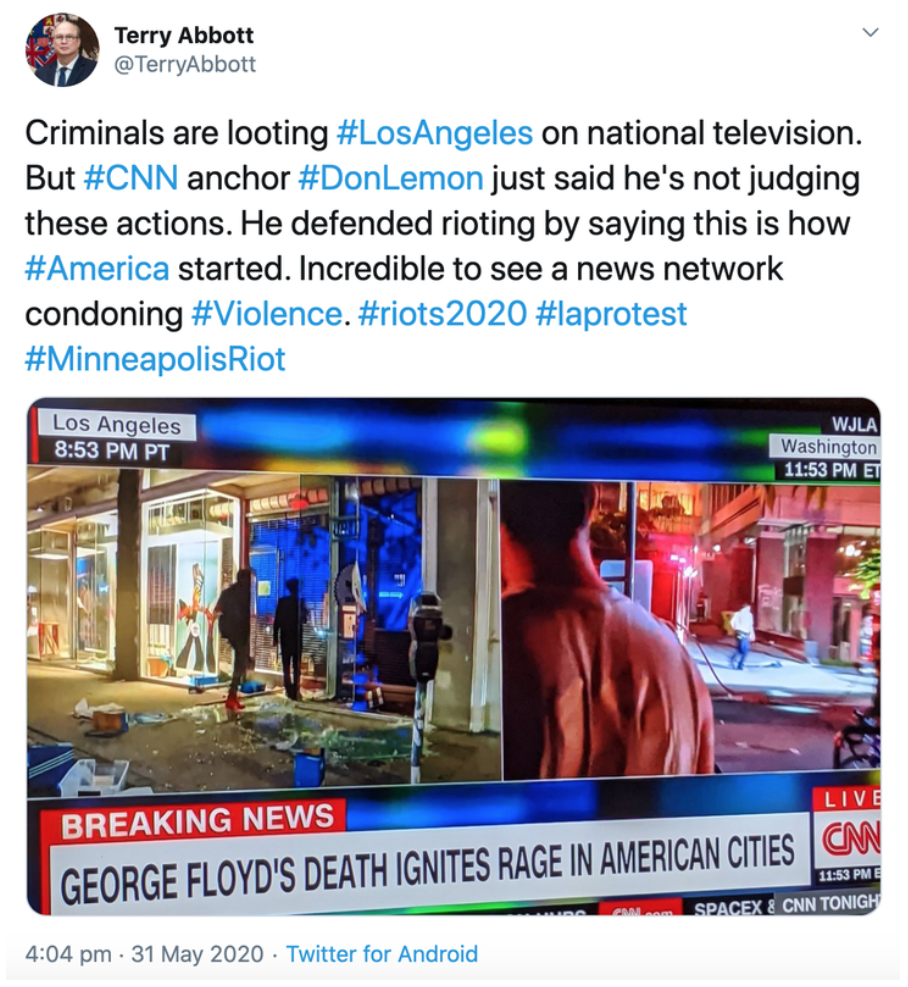