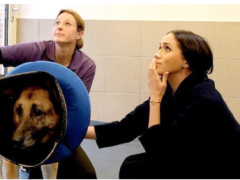 Markle was appointed Patronage of Mayhew Animal Shelter where they re-home dogs and cats. But what has she done with her own dog, Bogart? She ditched him. Additionally, we correct Tom Bower’s Wikipedia entries. Introduction to Gina Nelthorpe-Cowne. 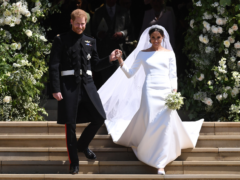 Meghan Markle Royal Titles are in accord with her husband, HRH Prince Henry of Wales. Markle was bestowed the titles, The Duchess of Sussex, The Countess of Dumbarton and Baroness of Kilkeel. She also received the style Her Royal Highness (HRH).