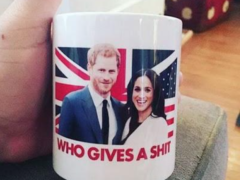 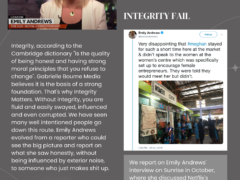 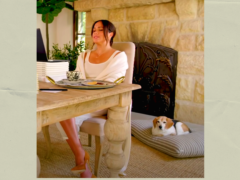 Let us count the many ways Meghan Markle is Guilty. It all started with Bogart, the beautiful rescue pup she abandoned to marry a Prince. But wait, there’s more. 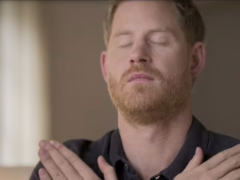 Meghan Markle standing ovation claim made on 8th November 2016 was a lie. She wrote the piece in Elle Magazine. Another Markle fantasy busted! 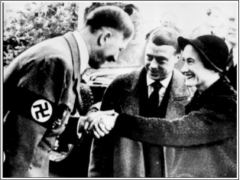 The facts about Meghan Markle tone-deaf racism, includes her “crashed” graduation speech at her alma mater and even ‘whiter’ Hollywood roles. 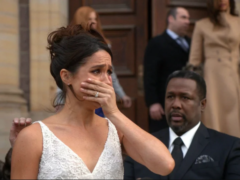 Meghan Markle was a cable actress before she met and subsequently married Prince Harry. Don’t get her history twisted with false narrative. 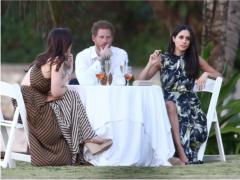 As a society, we fail to see beyond the “superficial.” We have this “halo-effect” around certain people that makes us blind and indifferent to what is right in front of us. I believe she is playing a three-card monte on us. She distracts us to look elsewhere — ‘Hey here I am an humanitarian and feminist’ — so that we forget she just traded these values in for a “gilded cage.”